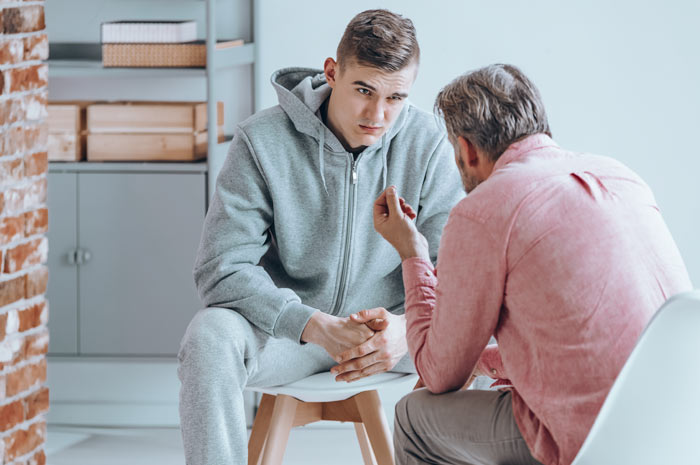 We all know what anger is, and we've all felt it: whether as a fleeting annoyance or as full-fledged rage.

In the most general sense, anger is a feeling or emotion that ranges from mild irritation to intense fury and rage. Anger is a natural, adaptive response to threats; it inspires powerful, often aggressive, feelings and behaviors, which allow us to fight and to defend ourselves when we are attacked. A certain amount of anger, therefore, is necessary to our survival.

When one is triggered into anger, it is always because we have certain beliefs or thoughts associated with the trigger, for example, as mentioned above, believing we are being threatened or mistreated in some way.

Because one instinctive, natural way to express anger is to respond aggressively, many people mistake aggression for anger. Aggression is behavior that is intended to cause harm or injury to another person or damage to property.

Anger is a completely normal, usually healthy, human emotion. But when it gets out of control and turns destructive, it can lead to problems—problems in your personal relationships, and in the overall quality of one’s life. And it can make you feel as though you're at the mercy of an unpredictable and powerful emotion.

Substance use and abuse often co-exist with anger and violence. Data from the Substance Abuse and Mental Health Services Administration’s National Household Survey on Drug Abuse, for example, indicated that 40 percent of frequent cocaine users reported engaging in some form of violent behavior. Anger and violence often can have a causal role in the initiation of drug and alcohol use and can also be a consequence associated with substance abuse. Individuals who experience traumatic events, for example, often experience anger and act violently, as well as abuse drugs or alcohol.

The anger management treatment design in this program, which has been delivered to hundreds of clients, has been popular with both clinicians and clients. In outcome studies conducted by the U.S. Department of Health and Human Services, consistent reductions in anger and aggressive behavior occurred in these groups, evidence that the treatment is effective. The treatment model is flexible and can accommodate racial, cultural, and gender issues.

Our programs are based on Rational-Emotive-Behavioral principles, which simply means that we address the thinking, feeling, and acting-out aspects of the issue and provide clients with the tools they need to manage their anger in more productive ways.